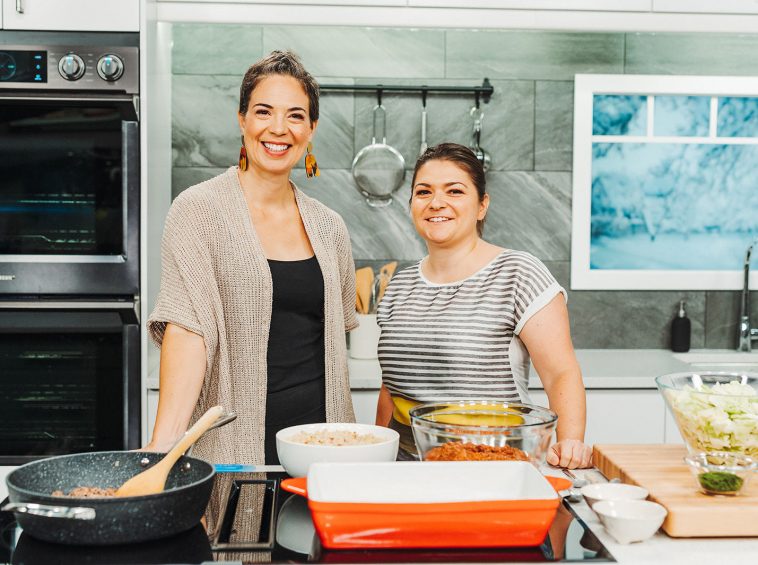 Great Tastes of Manitoba, the television cooking series, and its associated digital channels, are back for a 33rd season.

Great Tastes is a farm-to-table cooking series hosted by popular Winnipeg media personality, Dez Daniels. Each episode features a local food expert who showcases the nutritious, affordable, delicious ingredients grown by Manitoba’s farmers. Viewers are also introduced to the farm families and agricultural professionals behind the scenes. All the recipes featured on the show are triple tested for guaranteed results and developed with the home cook in mind.

After 32 years of filming in various locations around the city, Great Tastes of Manitoba finally has a permanent home! Earlier this summer filming took place at FRANK’s Kitchen, a brand new fully equipped kitchen and television studio built by FRANK Digital, the production company behind Manitoba’s most watched cooking series.

Along with a brand new 14-episode series, greattastesmb.ca is home to over 500 recipes, full episodes, and 40 unique stories direct from farms across the province. It is a virtual masterclass for anyone wanting to know more about how food is produced in Manitoba, and it gives consumers a glimpse into the lives of the farmers who work hard to bring these local ingredients to their tables.

Again, this year, select ‘Great Tastes‘ recipes will be available for purchase at Supper Central. Each week the local meal kit company helps bring a different recipe from the ‘Great Tastes’ archive to life, making it easier for viewers to try what they see on the show at home.